While many of last year’s protests took place online given the pandemic, the dam broke over the summer as people took to the streets, many in face masks, to call out police violence and systemic racism. This year, COVID-19 vaccinations have paved the way for even more people to stand up for those without privilege IRL again.

As we transition into another new normal about halfway through the year, workers’ rights, reproductive health, and racial justice are shaping up to become definitive issues. During the pandemic, the world was forced to take note of many societal inequalities that had been present, but largely ignored, all along.

The following is a look at some noteworthy moments in 2021 so far when people stood up for the afflicted. While not exhaustive, and in no particular order, these photos demonstrate what can happen when a collective is courageous enough to support the least powerful among us. 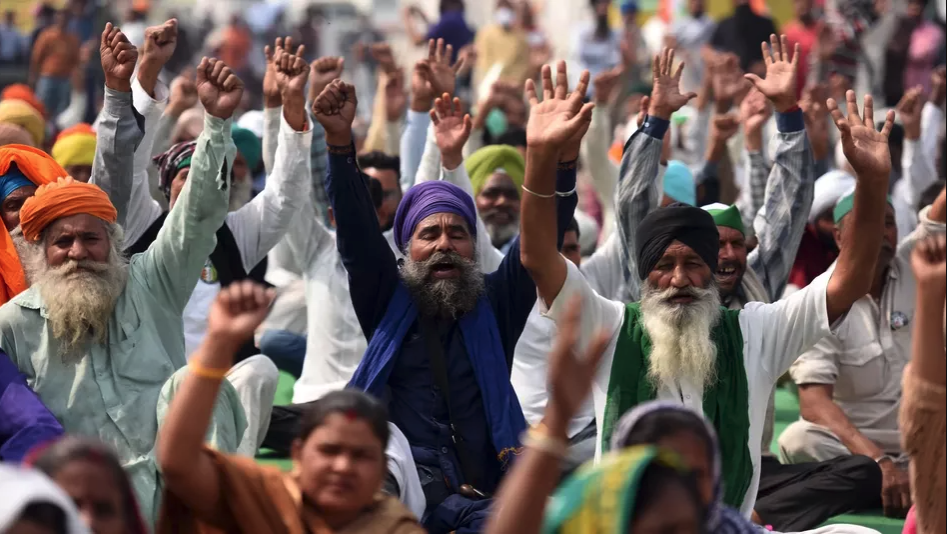 Indian farmers protested new laws that they said would hurt their livelihood. The protests, called some of the largest in world history, began in 2020 but continued into early 2021. In response to marches in February, the government cut off the internet at protest sites around New Delhi. Delhi police went so for as to launch a criminal investigation against the creators of an online toolkit aimed at helping the farmers’ cause. The agricultural sector employs more than half of India’s population.

At the end of April, protesters took to the streets in Colombia after the government decided to raise taxes as citizens complained of struggling to feed their families. COVID-19 had wreaked havoc on Colombia’s economy. The mass protests, which saw 42 deaths, led to officials rescinding the tax markups days later. Demonstrators also called for more public education funding, better jobs, and improved healthcare. 3. Amazon workers try to form a union in Alabama

In April, Amazon employees in Bessemer, Alabama tried to form a union but the effort was ultimately defeated. Prior to the unionization vote, Amazon hired a law firm with a reputation for union busting. 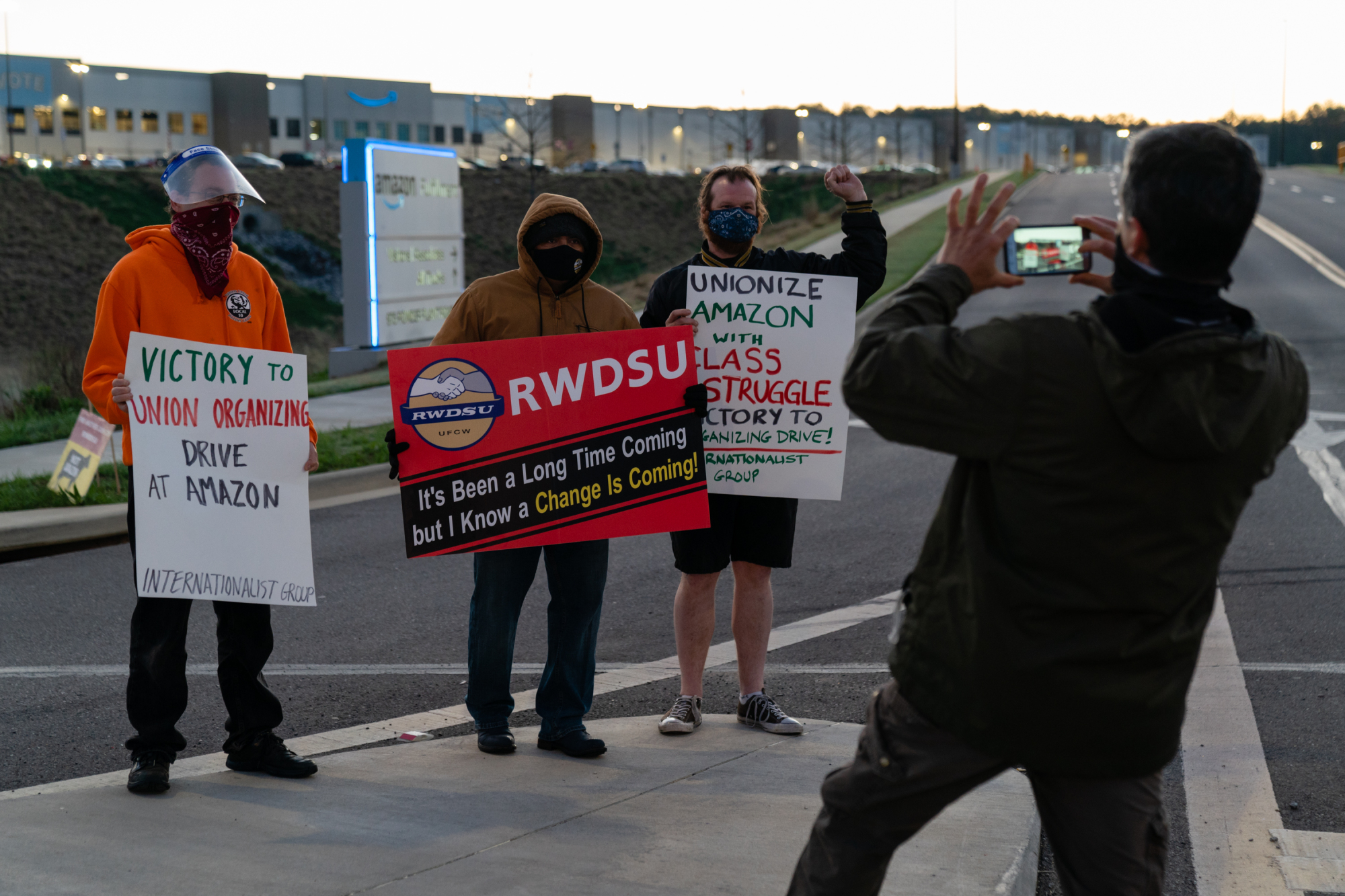 4. Rep. Cori Bush explains the racism she faced while pregnant

In May, Rep. Cori Bush shared her personal experience as a Black mother during a hearing on the Black maternal mortality crisis. Black people in America are three times as likely to die during or after birth than white people. “Every day, Black birthing people and our babies die because our doctors don’t believe our pain,” Bush said in a tweet after the hearing. McDonald’s employees marched for a $15 minimum wage in Fort Lauderdale in May. McDonald’s announced that month that it’d raise some hourly wages as it competes for workers. Entry level crews at corporate stores now start at $11 per hour and shift managers start at $15 per hour. The company expects average hourly wages (but crucially not the minimum) to be $15 an hour by 2024. 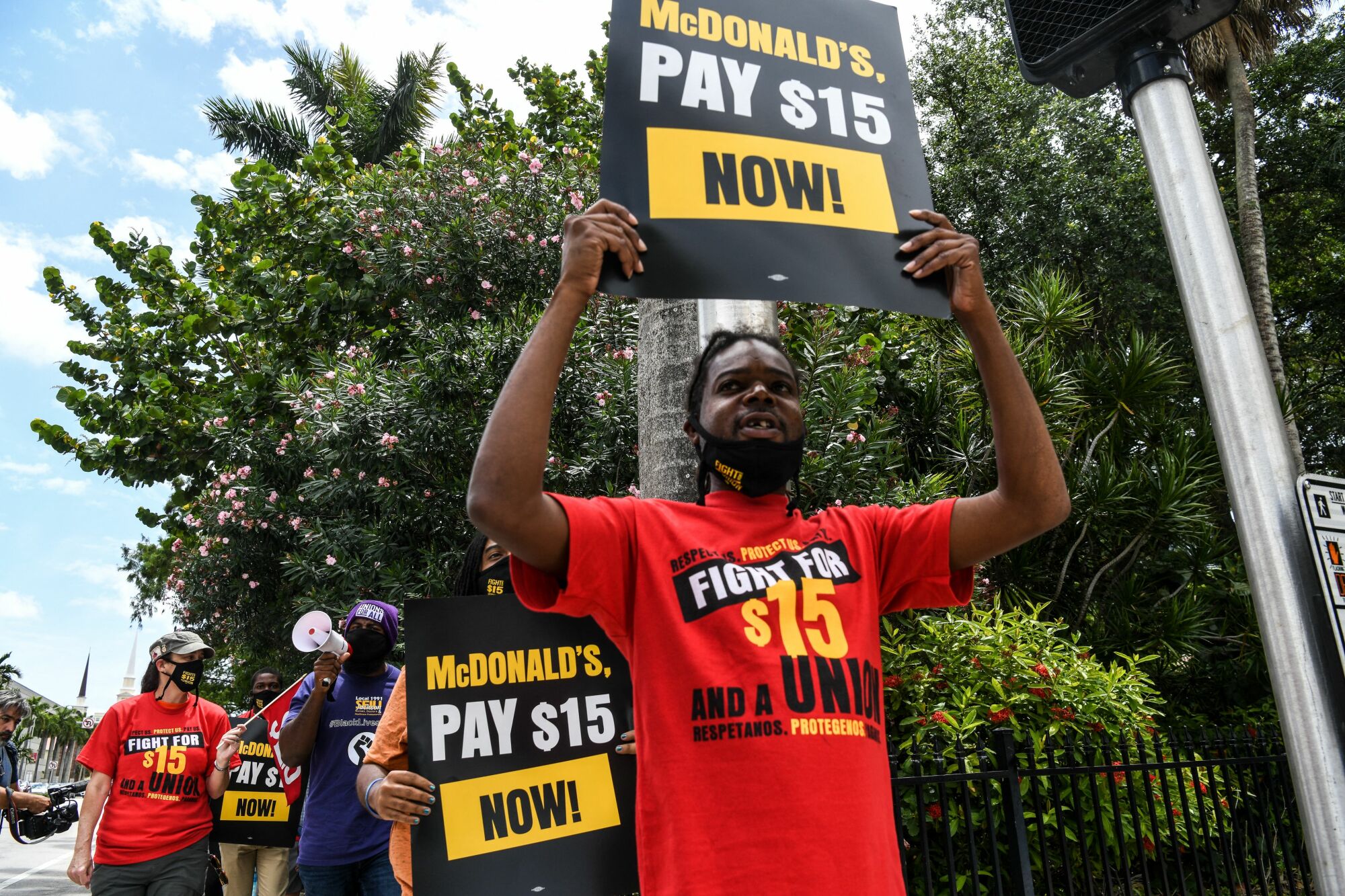 6. The one-year anniversary of George Floyd’s murder prompted reflection across the country

On May 25, cities across the country, and some internationally, hosted commemorative events both in person and online on the anniversary of George Floyd’s death. His murderer, officer Derek Chauvin, was found guilty just weeks prior to the anniversary. In June, Paxton Smith, a high school valedictorian, delivered an unapproved graduation speech against Texas’ heartbeat bill, which would ban abortions after six weeks, a time when most people don’t know they’re pregnant.

“I have dreams, and hopes, and ambitions. Every girl graduating today does,” she said. “And we have spent our entire lives working towards our future, and without our input, and without our consent, our control over that future has been stripped away from us.”

In May, supporters of Palestine gathered at the Lincoln Memorial in Washington, D.C. to call for an end to the U.S. funding Israeli weapons and providing general aid as well as to raise awareness of a growing humanitarian crisis in Gaza. The demonstration came after 11 days of brutal fighting between Israelis and Palestinians that killed more than 200 Palestinians, about a third of whom were children, and at least 12 Israelis, including two children. The fighting also destroyed water, sewer. and electricity systems in Gaza. Israel had been widely criticized for waging a disproportionate response to rocket fire from Hamas militants before a cease-fire was set. Israeli officials defended the country’s actions, and U.S. President Joe Biden at one point said Israel wasn’t overreacting. TOPSHOT – Supporters of Palestine hold a rally at the Lincoln Memorial in Washington, DC on May 29, 2021. – More than 1,000 rallied Saturday in Washington in support of Palestinians and calling for an end to US aid to Israel. The demonstration on the steps of the Lincoln Memorial came as a ceasefire that ended 11 days of intense fighting between Israel and the Islamist movement Hamas in the Gaza Strip has so far held. (Photo by ANDREW CABALLERO-REYNOLDS / AFP) (Photo by ANDREW CABALLERO-REYNOLDS/AFP via Getty Images)
Credit: AFP via Getty Images

The last three survivors of the 1921 Tulsa Race Massacre, when a white mob set a Black community ablaze and killed hundreds of residents, joined together during a rally memorializing the tragedy in June. Along with activist Rev. Dr. William J. Barber, the survivors and a crowd sang to honor the anniversary.

“Ain’t gonna let no racism turn me around,” the crowd sang. “I’m gonna keep on walking, keep on talking, walking up to freedom land. The three remaining survivors of the 1921 Tulsa Race Massacre, when a white mob set a Black community ablaze and killed hundreds of residents,  sing together at the conclusion of a rally during commemorations of the 100th anniversary of the massacre on June 1 in Tulsa, Oklahoma.
Credit: BRANDON BELL/ Getty Images

Environmentalists and Indigenous groups have been fighting the $4 billion Line 3 oil pipeline for years. 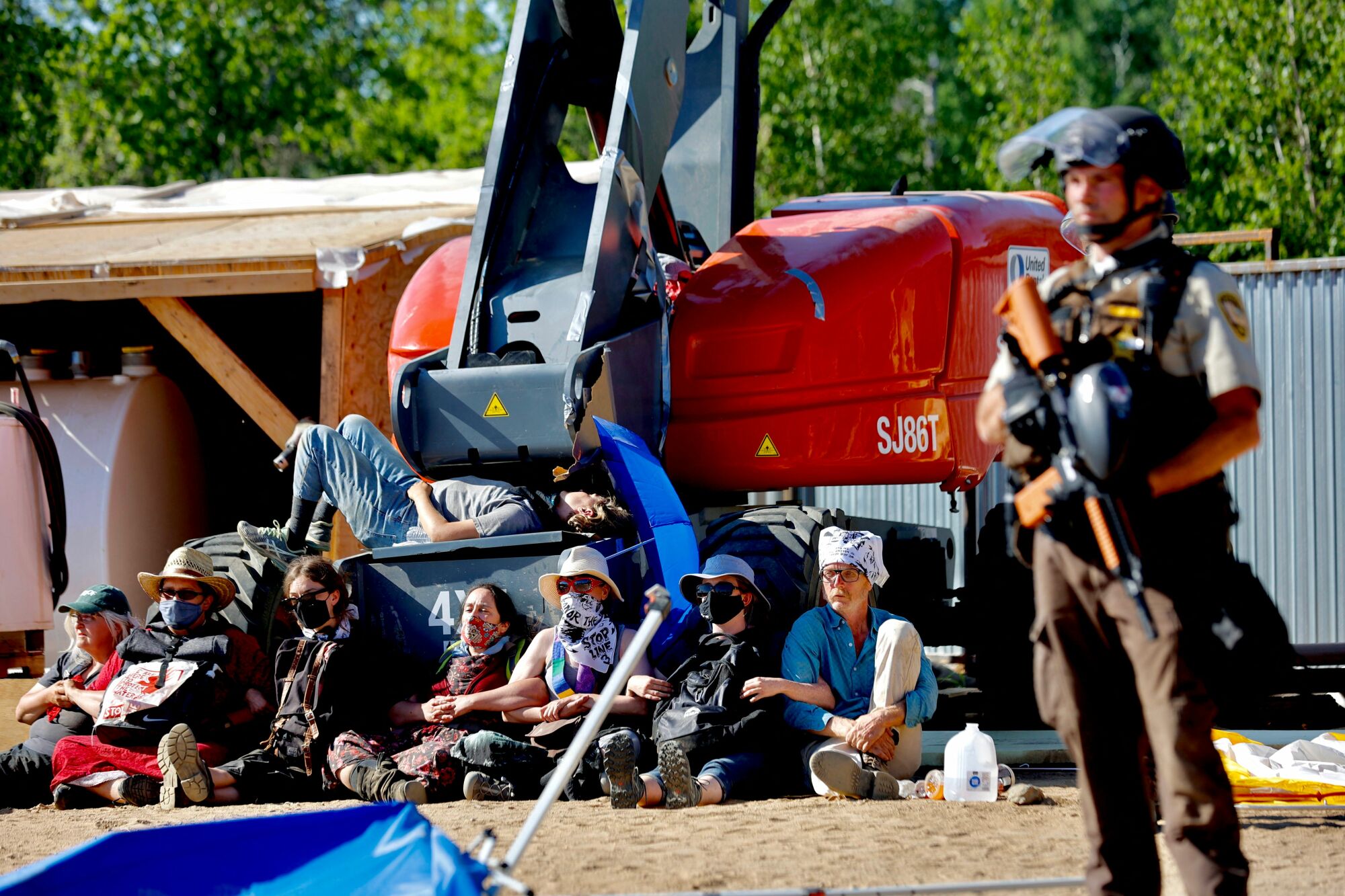 In June, after Indigenous tribes, local environmentalists, and ranchers rallied together for more than a decade against the Keystone XL pipeline, the pipeline’s developer pulled the plug. The pipeline, 300 miles of which had already been built, was to transport oil from Canada to the U.S. Gulf Coast.

“It’s a great day for Mother Earth,” said Larry Wright Jr., chairman of the Ponca Tribe of Nebraska, according to NPR. On June 9, 2021 the developer behind the Keystone XL pipeline officially ended the project after a decade-plus battle by Indigenous tribes, local environmentalists, and ranchers rallied to shut down the pipeline.
Credit: Bloomberg via Getty Images

Demonstrators gathered in New York in June for the Brooklyn Liberation March in support of Black trans and gender-nonconforming youth. They carried signs that said “Protect Trans Youth,” “Black Trans Lives Matter” and “Trans Youth Power.” The march was in response to a slew of state laws targeting trans youth, blocking them from healthcare access and school sports. A high school valedictorian continued to tell his coming out story and talk about his struggles with mental health during his graduation speech in June even after the principal tried to stop him by crumpling up his prepared remarks. Bryce Dershem of New Jersey said he was glad to recite his speech – which he had memorized – to help people feel less alone.