COSTA MESA, Calif. — While the Los Angeles Chargers did not have the season they wanted or expected in 2019, head coach Anthony Lynn discovered one thing from a handful of meaningless games at the end of the season.

Derwin James is healthy and back as a playmaking safety.

“I thought DJ has played well every game he has been back, to be honest with you,” Lynn said. “I love his motor, his demeanor, and it doesn’t matter what the score is. He is taking it one play at a time and he is giving it everything he’s got.” 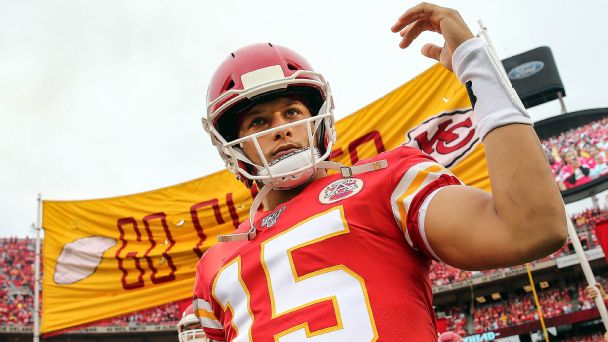 James suffered a Jones fracture of the fifth metatarsal of his right foot during a joint practice against the New Orleans Saints on Aug. 15. The injury was a refracture of an initial stress fracture he suffered heading into his sophomore season at Florida State.

Foot specialist Dr. Robert Anderson performed surgery to repair the issue on Aug. 22 in Green Bay. The Chargers placed James on injured reserve to start the season, forcing him to miss the first 11 games.

James returned after the team’s bye week, totaling 33 combined tackles and a pass breakup in five games played. More importantly, James came through the end of the season healthy and should be good to go during the offseason in preparing for next season.

“There is a lot of growth [potential] for him because I think he’s created a standard,” Chargers defensive coordinator Gus Bradley said. “As he keeps going, that standard will increase. There are areas that he is driven not to be satisfied where he is, and nor are we.

“He’s playing multiple positions for us now. He’s playing defensive end, he has played linebacker, so we have a lot on his plate. I think that, as we look at him more and more — we had quite a bit going into the season. We’ve calmed that down now, but I could see us getting back to more of that, especially in the offseason.”

James once again showed his versatility down the backstretch of the 2019 season. According to research by ESPN Stats & Information, James played 186 snaps at linebacker, 68 snaps as a slot defender, 23 snaps at free safety, five snaps at corner and four snaps at defensive tackle.

Bradley said James provides his defense with a rare combination of open-field speed and range of a free safety along with the brute strength and physicality of a strong safety.

“I don’t like to compare guys,” Bradley said. “He’s unique because he has the speed of a corner and he has the athleticism to make plays in space. He can play in the box. He’s a good rusher. He has a combination of all of those things.

“The challenge for DJ is that he does have those skill sets, but how high can he take each one of those skill sets? That’s where I think he has a lot of room for improvement.”

James will also be tasked to bring overall leadership to the defense in his third NFL season.

“He’s an intelligent football player,” Lynn said. “I just love everything about the young man. We missed him.

“I think you would have seen him take more of a leadership role if he was healthy. You saw it in training camp. You saw it coming. We did miss that.”

James said although the Chargers regressed and finished 5-11 this past season, he sees brighter things ahead for his team in 2020.

“It’s not like everything is on fire here,” James joked. “There’s a little smoke right now, but there’s light at the end of the tunnel. We know what we’ve got. We’ve got young talented players, and with the right couple pieces, we’ll be fine.”

The USA women, shown here after beating China in...
Lacrosse

Performance mesh is ubiquitous now, but how did we get here? We all remember the day wax mesh took over the lacrosse world; this...

Performance mesh is ubiquitous now, but how did we get here? We all remember the day wax mesh took over the lacrosse world; this...
View Post
Adulting

As an investor, you’ll quickly learn that your portfolio strategy makes a huge difference in your returns in the stock market. Some strategies are...
View Post
Wellness

Introducing Build a Better Body with Joe Holder: How to Sleep Better, According to GQ Wellness Expert Joe Holder

Since 1957, GQ has inspired men to look sharper and live smarter with its unparalleled coverage of style, culture, and beyond. From award-winning...
View Post