DENVER — Is Derek Carr, after a statistically impressive yet maddeningly frustrating season, the man to lead the Oakland Raiders to Las Vegas next season?

The most polarizing figure in recent Raiders history seems to think so. In fact, Carr is planning on it.

“We’re on the same page when we go to Vegas,” Carr said after Sunday’s heartbreaking 16-15 loss to the Denver Broncos, which essentially ended with Carr’s potential game-winning 2-point conversion pass knocked down at the line of scrimmage.

“[But] if we don’t win more, it really doesn’t matter. I don’t care what stadium we play in … if the wins don’t improve, it really doesn’t matter. I think our players and our coaches, the core guys that we have leading our football team, do a really good job of not caring about what’s going on around us. I think we can all agree that there was a lot that went on around us, even from the beginning, and we just kind of kept our heads down and plugged away. It didn’t end how we wanted it to, but I promise you that this organization is in great hands.”

No, Carr was not referring to himself (we don’t think, anyway). He was likely referring to coach Jon Gruden and general manager Mike Mayock. But probably mostly about Gruden.

And it is Gruden’s opinion that matters most when it comes to Carr, who would cost the Raiders a relatively small $5 million salary-cap hit should the team decide to cut him.

But there has to be a plan. As in, who would Carr’s replacement be, and how well-versed could said replacement possibly be in Gruden’s offense?

Gruden likes athletic QBs, obviously, but DeShone Kizer was bumped back to third-string this week behind Mike Glennon and never took a snap this season while Nathan Peterman spent the season on injured reserve. Teddy Bridgewater might be available. Same with Cam Newton. Then there’s Colin Kaepernick. The Raiders also have five picks in the top 100 draft selections, including Nos. 12 and 19 overall.

But would any of them be an upgrade over Carr at this stage?

Carr’s stats improved dramatically this season, only the second time in his career that he played in the same scheme in consecutive seasons. And against the Broncos, he passed for a season-high 391 yards in completing 29 of 46 attempts. But Gruden is not shy to say that he wished Carr would use his legs to create plays more often. And if looks could kill, the Raiders would indeed be in the market for a new QB, what with the daggers Gruden shot Carr after he threw the ball away on a third-and-2 rather than attempt to run it in the third quarter.

Gruden gave Carr credit for staying in the game with a heavily-taped right ankle (the same ankle that was broken three years and five days earlier) on a fourth-quarter sack by Broncos linebacker Jeremiah Attaochu, even as Carr’s lack of mobility from the injury limited Gruden’s playcalling.

“He had a couple nice drives at the end, and obviously the intentional grounding penalty hurt us on one drive,” Gruden said. “He moved the ball and made some really good plays.” 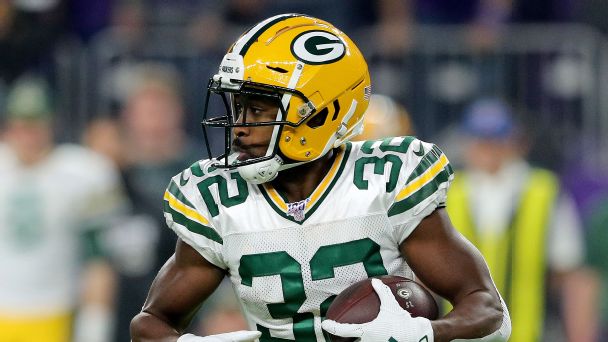 Carr set career highs in passing yards (4,054), completion percentage (70.4) and yards per attempt (7.9) and his eight interceptions were the second-fewest of his career. All without a viable No. 1 receiver after Antonio Brown‘s meltdown before the season started and the injury bug taking massive bites out of receivers Hunter Renfrow (ribs) and Tyrell Williams (feet) and running back Josh Jacobs (shoulder).

But Carr has also lost 55 games in his first six years in the NFL. The only QB with more losses in the same time frame? His older brother David, who lost 56 games.

So after finishing 7-9 and losing winnable games to the Broncos, Jacksonville Jaguars and Houston Texans, Carr said the Raiders are on the come, but they are not there yet.

“But we are close,” he said. “For me, only being 28 years old, that’s really exciting. I think this is the first [time], if I’m being honest, in my career, where I can sit there and look at the future and be like, ‘We can really be good for eight to 10 years.’ That’s really exciting to me.”

Up to a decade? Yeah, Carr still has dibs on building that house next door to Gruden in Sin City. But does it matter?

If you’re counting down the days to the Tokyo Olympics—running events span July 30 through August 8—just imagine how hyped the U.S. marathoners...
Swimming

If you’re counting down the days to the Tokyo Olympics—running events span July 30 through August 8—just imagine how hyped the U.S. marathoners...
View Post
Swimming

Performance mesh is ubiquitous now, but how did we get here? We all remember the day wax mesh took over the lacrosse world; this...
View Post