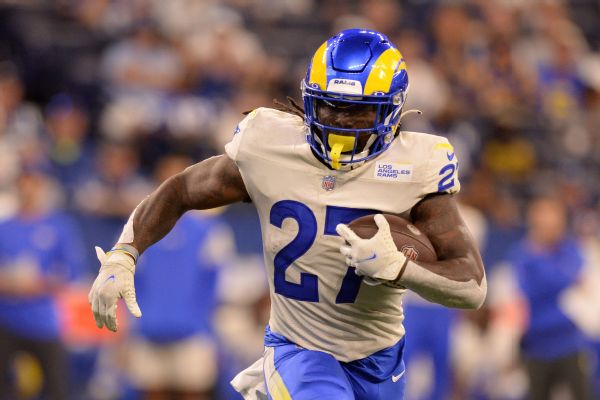 The Los Angeles Rams waived Henderson on Tuesday, two days after he played only four snaps in the Rams’ loss to the New Orleans Saints — which Rams coach Sean McVay said was due to Henderson feeling something in his knee during pregame drills.

The Jaguars must cut a player to fit Henderson on the 53-man roster. The Jaguars needed some help behind Etienne after trading former starter James Robinson to the New York Jets on Oct. 25. JaMycal Hasty is the only other running back to touch the ball since the trade, but he has gained just 24 yards on 13 touches.

Etienne is 10th in the NFL in rushing with 725 yards, with 424 yards and his four touchdowns coming in the past four games.

Henderson was a third-round pick in 2019 and was in the final year of his rookie contract and making $1.06 million. He was the Rams’ leading rusher with 283 yards on 70 carries and led the team with three rushing touchdowns. He also had 17 receptions for 102 yards.