LAIKA x Converse By You 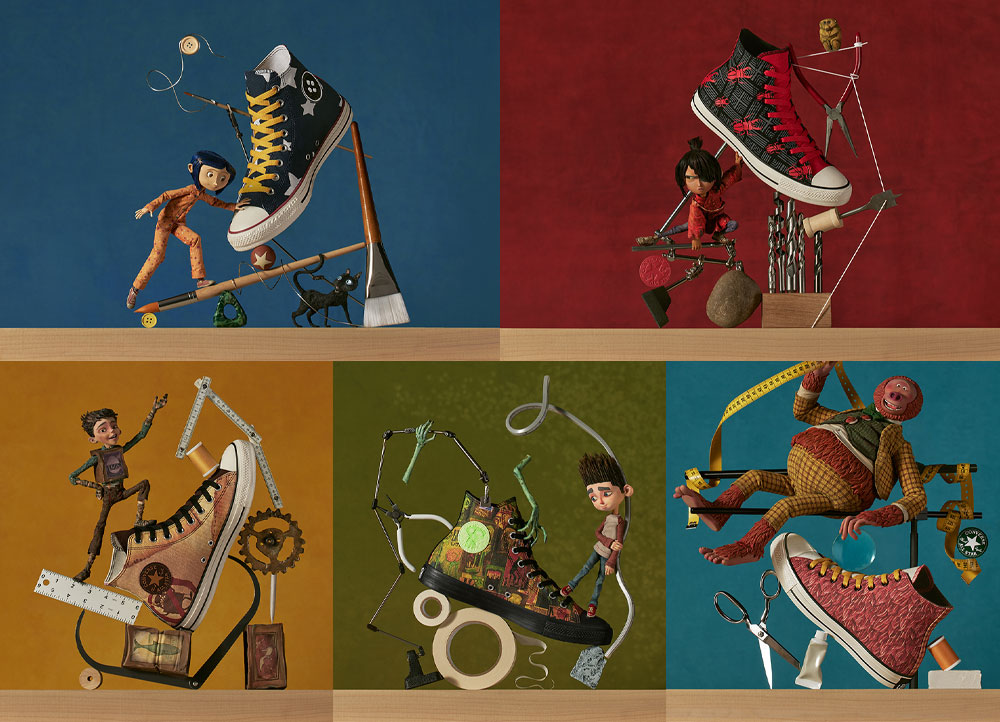 Converse, and the brand’s personalization platform, Converse By You have just announced a new partnership with award-winning animation studio, LAIKA. Fans of the award-winning animated films can use the Converse Chuck 70 as a canvas to make the stories their own Converse and LAIKA are teaming up to offer a Converse By You experience built around characters, patterns, and iconography from the renowned animation studio’s five Oscar-nominated films: Missing Link (2019), Kubo and the Two Strings (2016), The Boxtrolls (2014), ParaNorman (2012), and Coraline (2009). This Converse By You collection brings to life the adventurous, independent, and treasured characters from LAIKA’s celebrated stop-motion animation films and allows consumers to co-create alongside two brands with deep, shared roots in design and self-expression. The customizable collection offers thousands of possible combinations, allowing consumers to create a shoe that is truly their own.

The Converse By You x LAIKA Chuck 70 will be available with more than 20 options for the upper alone, including eight colors, 11 prints—two inspired by each film and one all-over print that encompasses all five movies – featuring callbacks and motifs, such as Coraline’s raincoat and ParaNorman’s bedroom poster. Fans can further add their own touch on the shoe through six different lace colors, three rubber and eyelet colors, and medial patches and heel prints that reference each film.

The Converse By You x LAIKA collection will be available exclusively online at Converse.com beginning November 30, will you be creating your own pair(s)?

In Jordan Brand release news, will you be going after the Air Jordan 6 Metallic Silver on November 26th?