RANCHO MIRAGE, Calif. — If I said a golfer had a total driving distance for the week of 323 yards, you might ask how high that golfer finished on the leaderboard of the PGA Tour event he was playing.

If I told you that 323 yards was for a golfer on the LPGA, you might not believe me.

That 323-yard driving distance number came at the ANA Inspiration this week from 21-year-old Patty Tavatanakit, the rookie who made the major championship her first LPGA victory Sunday afternoon.

And if you still don’t believe that number, you weren’t there to watch Tavatanakit hit a 7-iron into the par-5 second hole Saturday, then hit a 4-iron just over the back edge of that hole Sunday. You didn’t watch her hammer drivers 30 or 40 yards past playing partners throughout the week. You didn’t see her hit into par-4s from under 100 yards away after big drives.

Now, it is important to remember that not all driving distance numbers are equal. Depending on the holes that are measured, which direction those holes are compared to the wind and whether a player is even using a driver on a hole, the numbers can vary wildly.

For instance, the LPGA’s average driving distance leader for 2021 heading into the ANA Inspiration was Bianca Pagdanganan at 285 yards, still farther than many fans would expect. But Pagdanganan is known for routinely hitting her golf ball more than 300 yards off the tee.

A new generation of bombers is making a name for themselves on the LPGA, and in a way most people wouldn’t think. Tavatanakit, Pagdanganan, Angel Yin and Anne van Dam are just a few of the names that see 300 yards not as a barrier but a goal. 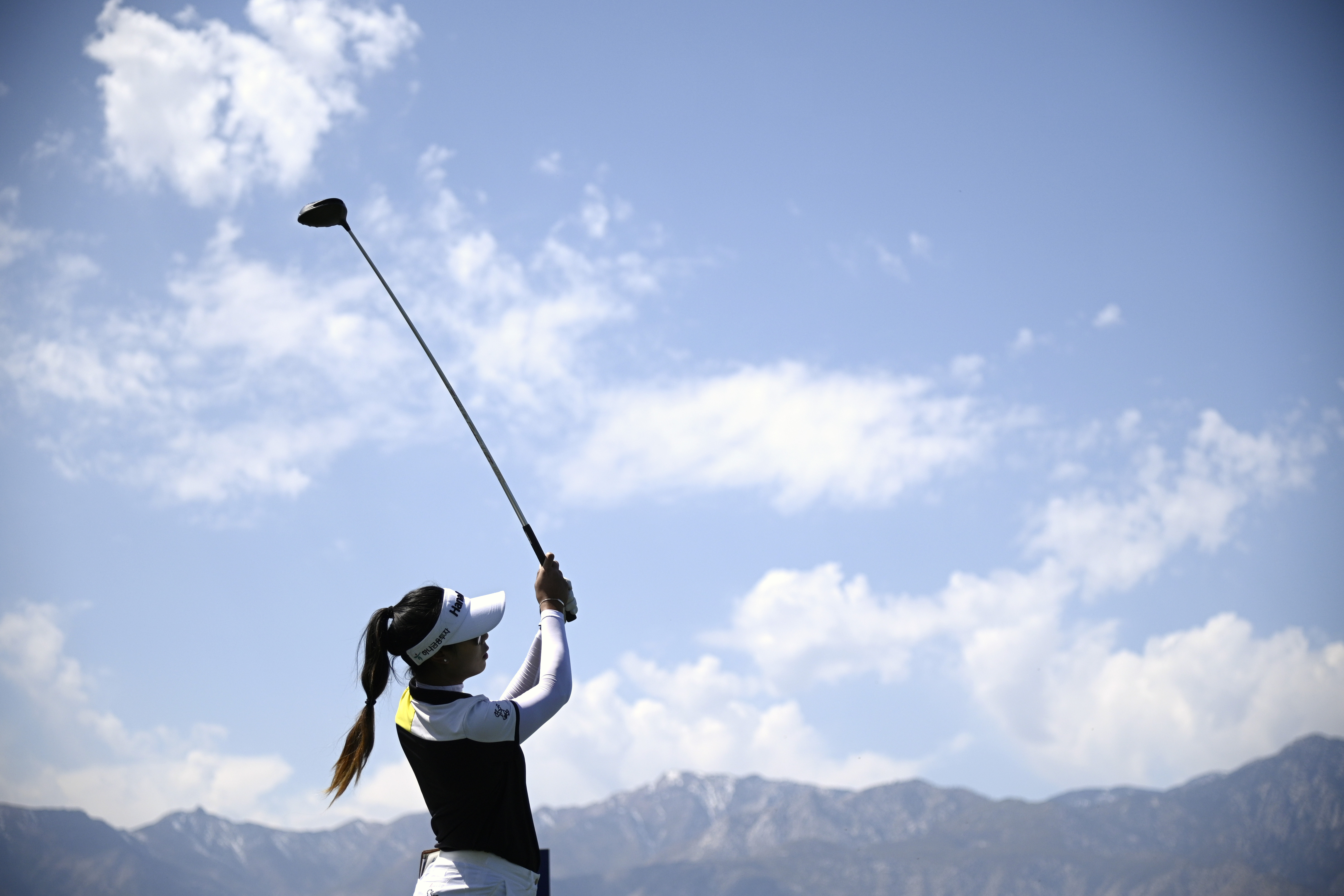 Patty Tavatanakit tees off on the 18th hole during the first round of the ANA Inspiration at Mission Hills Country Club. (Photo: Kelvin Kuo-USA TODAY Sports)

It is still true that there are LPGA players who couldn’t hit it 300 yards with a driver if you spotted them the first 30 yards. They tend to be the kind of players fans think dominate the LPGA. Decent with length off the tee but always down the middle with a strong short game. And that works for plenty of players.

But more and more, the LPGA will be about length. Just like there are men on the PGA Tour trying to keep up with Bryson DeChambeau and Rory McIlroy, LPGA players will look at what Tavatanakit did at the Dinah Shore Tournament Course this week and start trying to find that extra 10 yards off the tee.

Tavatanakit, known as long hitting in her junior days, admits that it helps to be longer than the other players with the driver.

“Looking at it that way, it is kind of a different course. I can get to some of the pins a little easier with shorter clubs.” Tavatanakit said. “The par-4s all day, just as long as I’ve had is 9-iron and then 7-iron. So it’s a different course. Just got to still have — need to hit it good and keep it in the fairway.”

Hitting the ball long off the tee isn’t the only reason Tavatanakit won on Sunday. She chipped in for an eagle on the second hole, then showed a soft touch with chips out of the high rough on the 14th and 17th holes to save pars. The Thai rookie has a solid game from tee to green, and this week it was all on display for fans to admire.

But make no mistake, there is a quiet revolution hitting the LPGA, even if that revolution is louder on the men’s tour. Better athletes with better training and better golf equipment are hitting longer and more accurate drives. 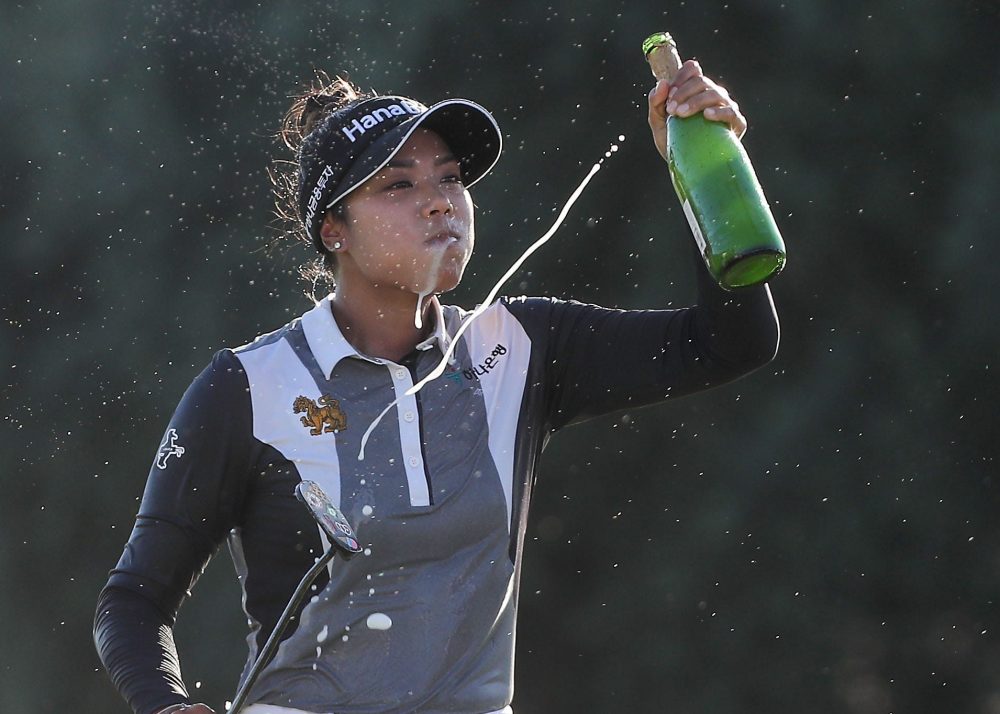 What can tournament officials do to make sure people aren’t shooting 62 every round in the ANA Inspiration or threatening other tournament scoring marks? The greens were already firm and fast this week and the rough thick. The wind blew hard at times, but at other times was perfectly calm.

Short of mowing the fairways much narrower, the golf course was set up for high scores. But low scores, especially on the par-5s, dominated the week.

Maybe it’s just time to accept that there are LPGA golfers who can hit it by a few men’s professionals. Maybe we should just accept that these are the best women golfers in the world, and they are starting to perform at a new level of excellence.