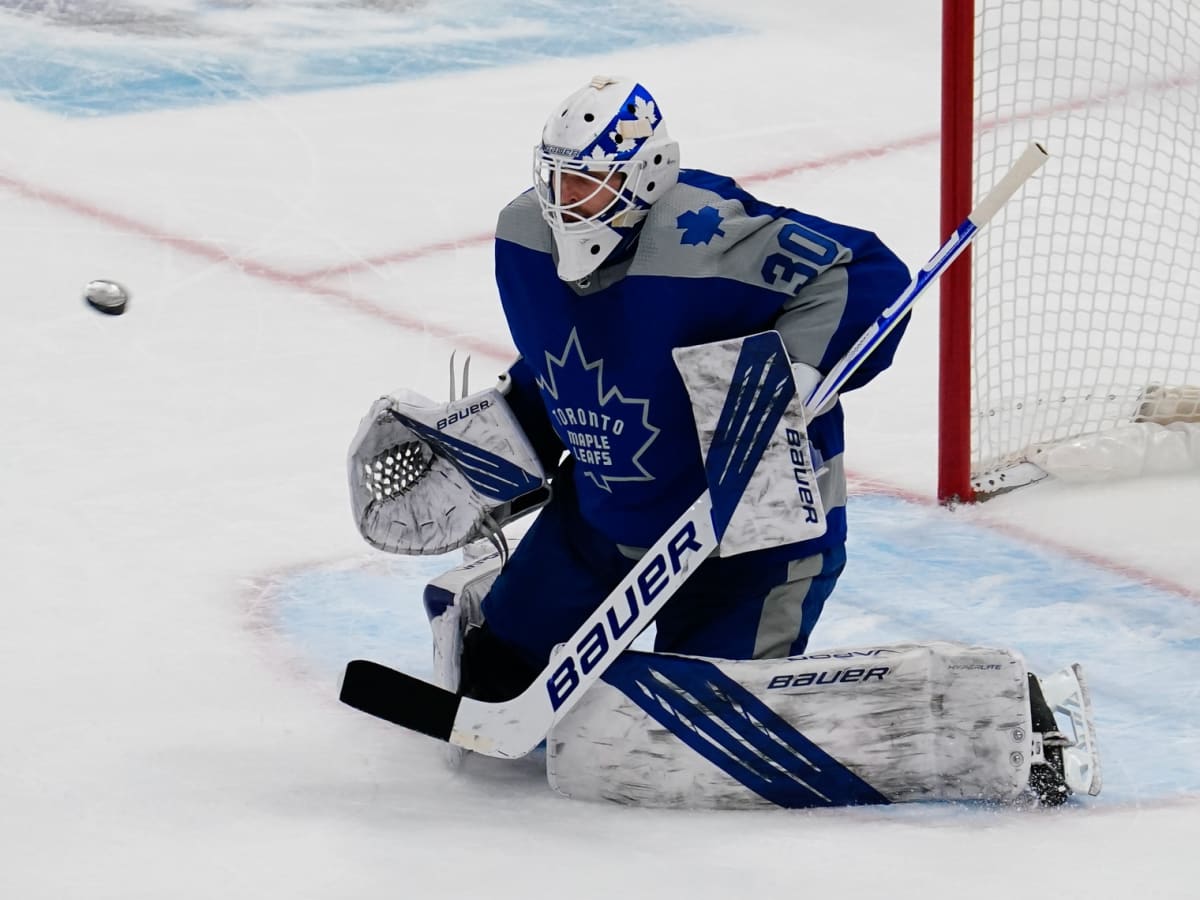 Jack Campbell’s absence from practice on Sunday didn’t ring any alarms, considering the Toronto Maple Leafs have been cautious of managing their backup goaltender’s health after an injury-plagued season.

But a lingering lower-body injury hasn’t healed up to the point where the team felt comfortable with putting Campbell back in net following three straight starts in goal.

Michael Hutchinson will get the nod in goal against the Oilers on Monday.

“We’ve got to be really smart about how we handle Jack’s workload here,” Maple Leafs head coach Sheldon Keefe. “The reality is he hasn’t been playing at 100 percent and the games take a toll him.”

Campbell is 6-0-0 this season with a .945 save percentage. He was expected to get more starts this season, but a leg injury in January forced the team’s backup netminder to miss over a month of action. When he returned against the Oilers on Feb. 27, he made 30 saves in a 4-0 shutout victory, but his injury flared up following that start and Campbell missed another three weeks.

As Campbell worked through his ailment, starting goaltender Frederik Andersen returned after missing two weeks with a lower-body injury. Andersen struggled in his return and posted an .876 save percentage in March. He also disclosed that he wasn’t playing at 100 percent.

When Campbell returned from his second stint on the shelf, Andersen stopped skating and there’s been no update about when Toronto’s starting goaltender could return.

Goaltending didn’t appear to initially be a target for Toronto as the Apr. 12 trade deadline approaches, but they may need to start thinking about adding depth to the position.

Hutchinson is 3-2-0 this season with a .922 save percentage. He lasted just 6:13 in his last start when he allowed two goals on his first three shots in a 4-3 loss the Ottawa Senators on Mar. 14.

Hutchinson played one game against the Oilers this season. He made 31 saves in a 3-0 shutout victory on Mar. 1.

Campbell did take part in the morning skate and may back up Hutchinson depending on how the session went.

With the Leafs looking to make a deep postseason run, goaltending has become the main area of concern in the short term. There are no more extended rest periods for the Leafs from now until the regular season ends on May 10.

Although salary cap space is an issue, the team may have no choice but to look to add depth at the goaltending position.

Toronto will not make any other lineup changes, but they lines used for the second half of Toronto’s 4-3 overtime win against the Oilers on Saturday will stay in tact.

Zach Hyman will stay on the top line with Auston Matthews and Mitch Marner. Alex Galchenyuk returns to his second-line spot with John Tavares and William Nylander. Joe Thornton moved down to skate with Alex Kerfoot and Jason Spezza. Wayne Simmonds moves to the forth line to skate with Pierre Engvall and Ilya Mikheyev.