Top 10 college players in the field 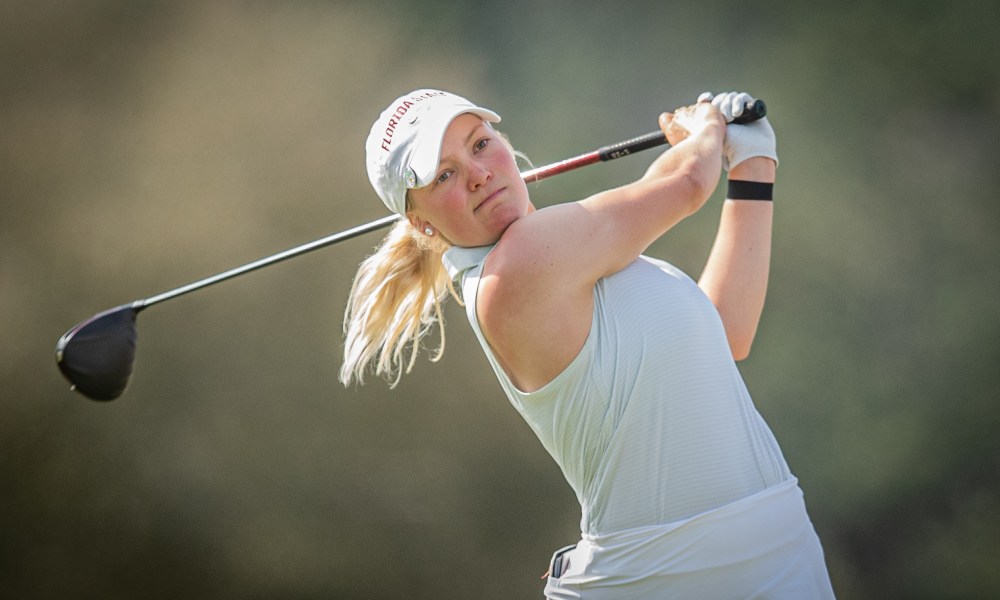 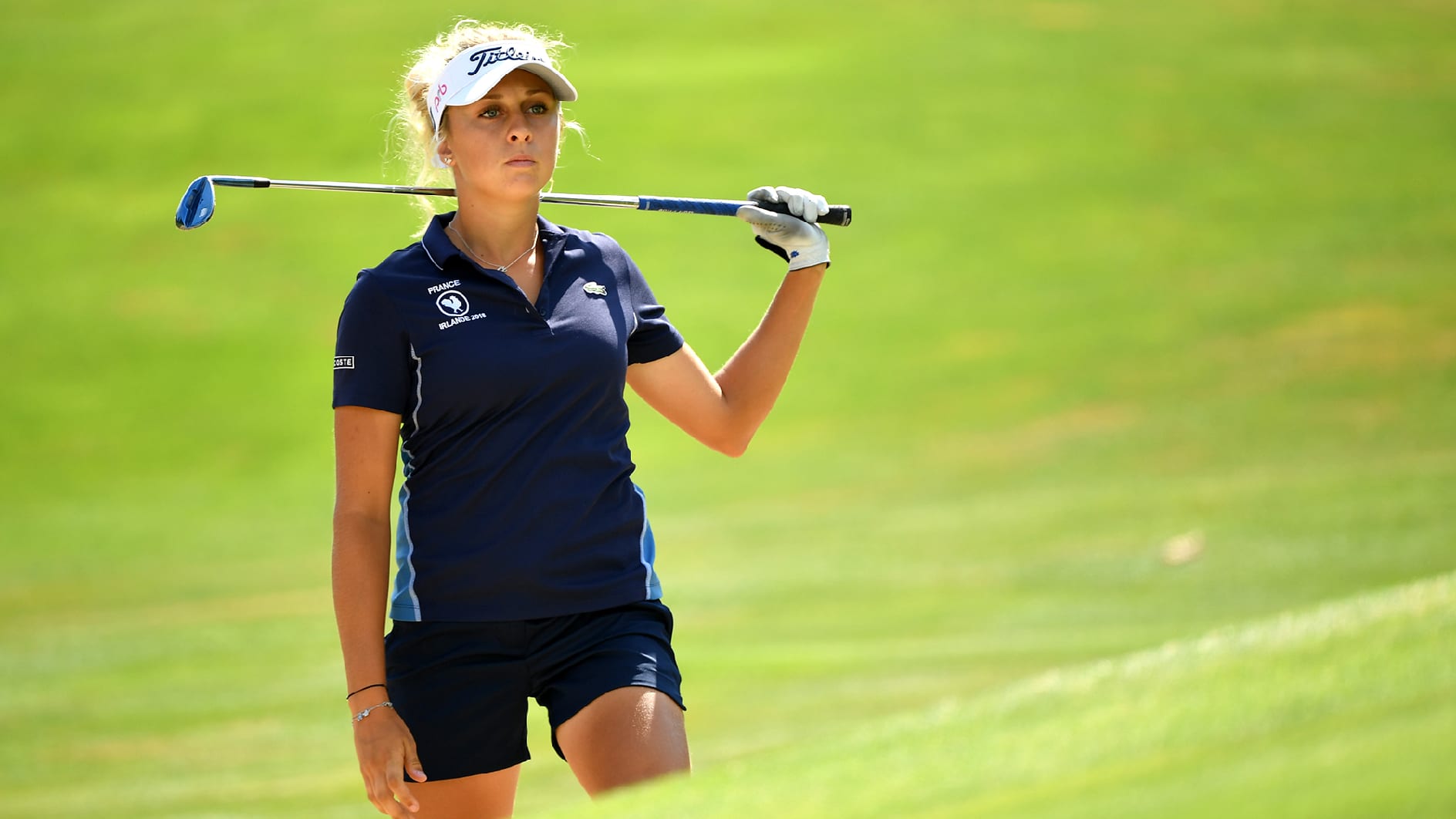 A huge portion of the 2021 Augusta National Women’s Amateur field are current college players. In all there are 64 of them (including one NCAA Division II player, the University of Tampa’s Kiira Riihijarvi). That number also includes 10 players who are completing a fifth year of NCAA eligibility after the spring 2020 season was wiped out due to the COVID-19 pandemic.

No team will send more players than USC, which will field six women. South Carolina is sending four players.

Looking for a favorite or a name to watch? These 10 players, who are the highest-ranked collegians in the field according to the latest Golfweek/Sagarin College Rankings, would be a good place to start. 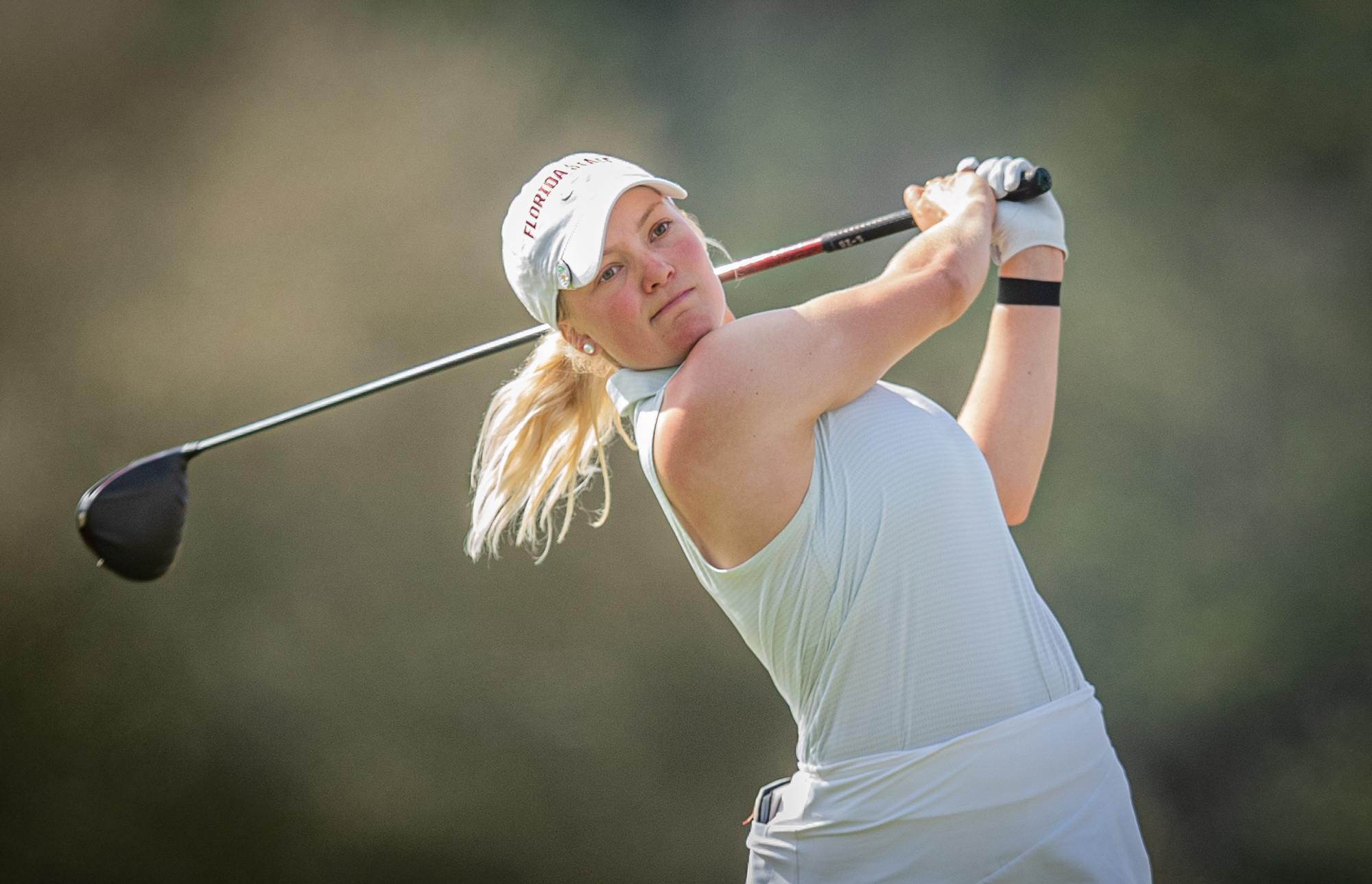 Beatrice Wallin, a junior from Sweden, hasn’t finished outside the top 10 in any of her four starts with Florida State this spring. She went 12 under on Florida State’s challenging new Seminole Legacy Golf Club to win her team’s home event by 13 shots and set an individual record for that event in the process. Then, Wallin won again the next month in Atlanta. Two years ago, Wallin was T-7 at the ANWA after a 71 on Augusta National that included three back-nine birdies. 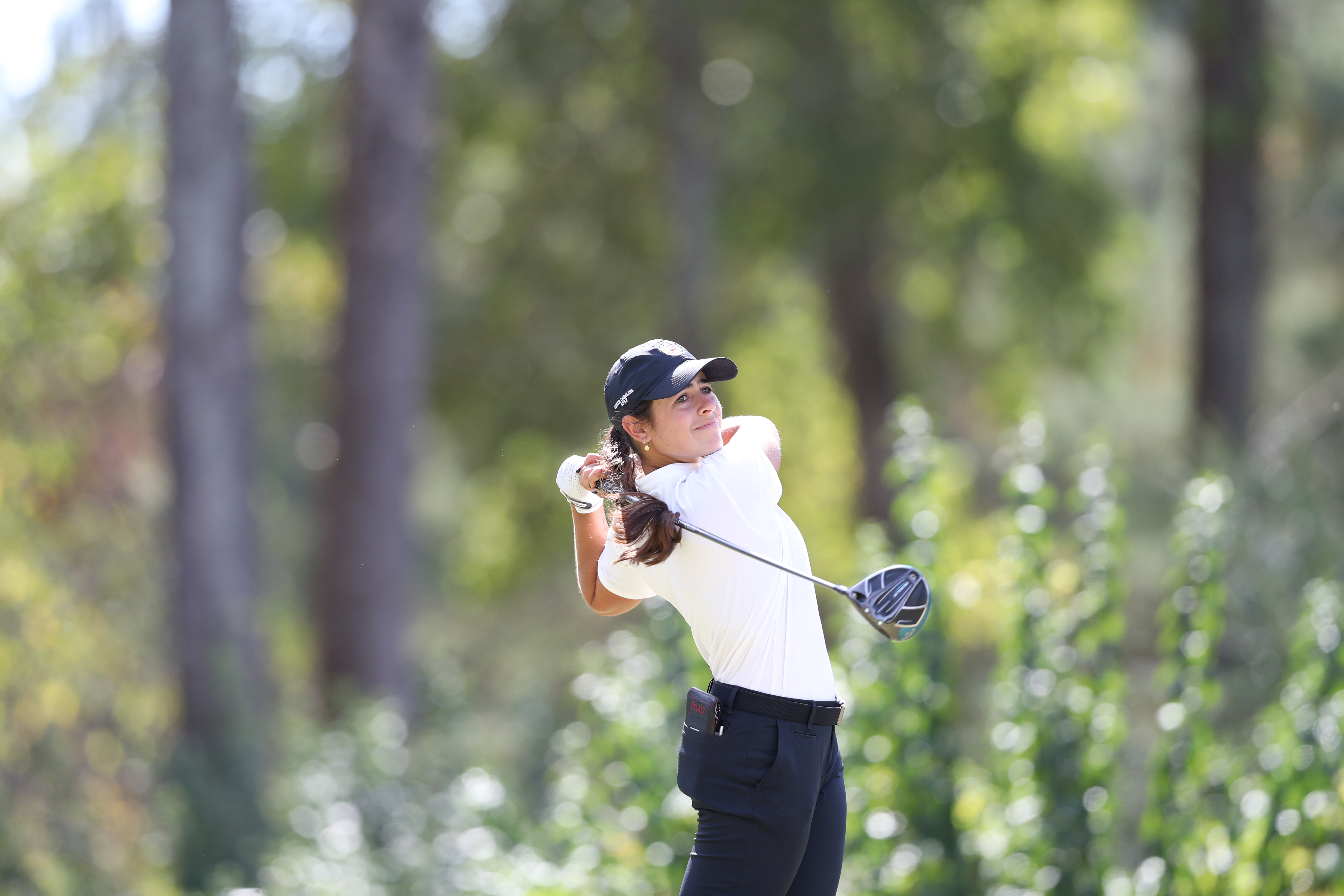 Pelaez was at the 2019 ANWA, but outside the ropes cheering on a teammate. Pelaez plays this time as a fifth-year senior. After missing the fall season (she remained in her native Spain until January), Pelaez has finished inside the top 6 in each of four fall starts. The spunky Spaniard came back to South Carolina for a fifth year with “unfinished business” in mind. 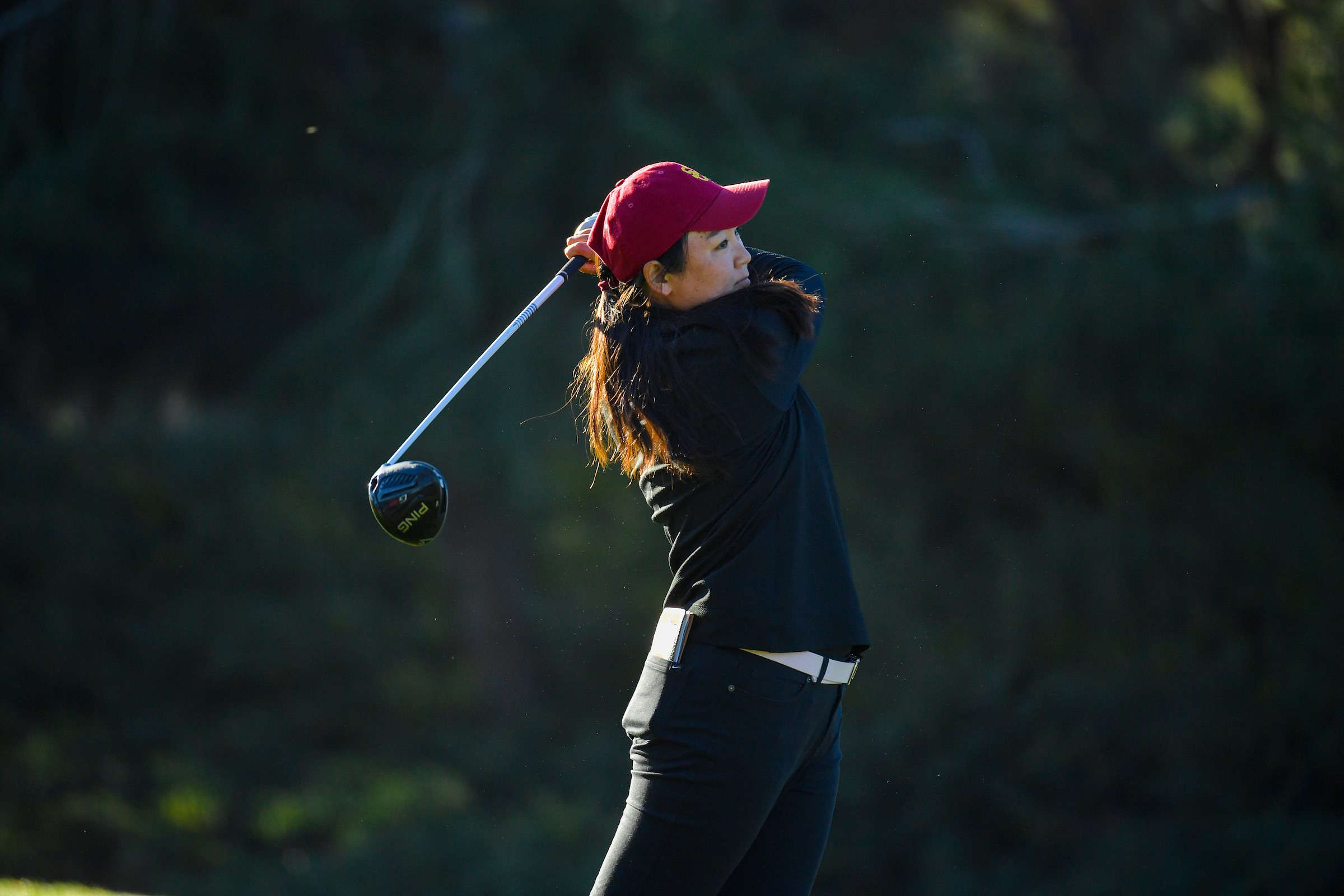 For four and a half years, Corpuz has been a constant presence for USC. She has anchored the Trojans this spring by winning twice and finishing in the top 4 three other times. Corpuz has a long resume in amateur golf, which includes several USGA starts. She was runner-up at the North & South Women’s Amateur over the summer. 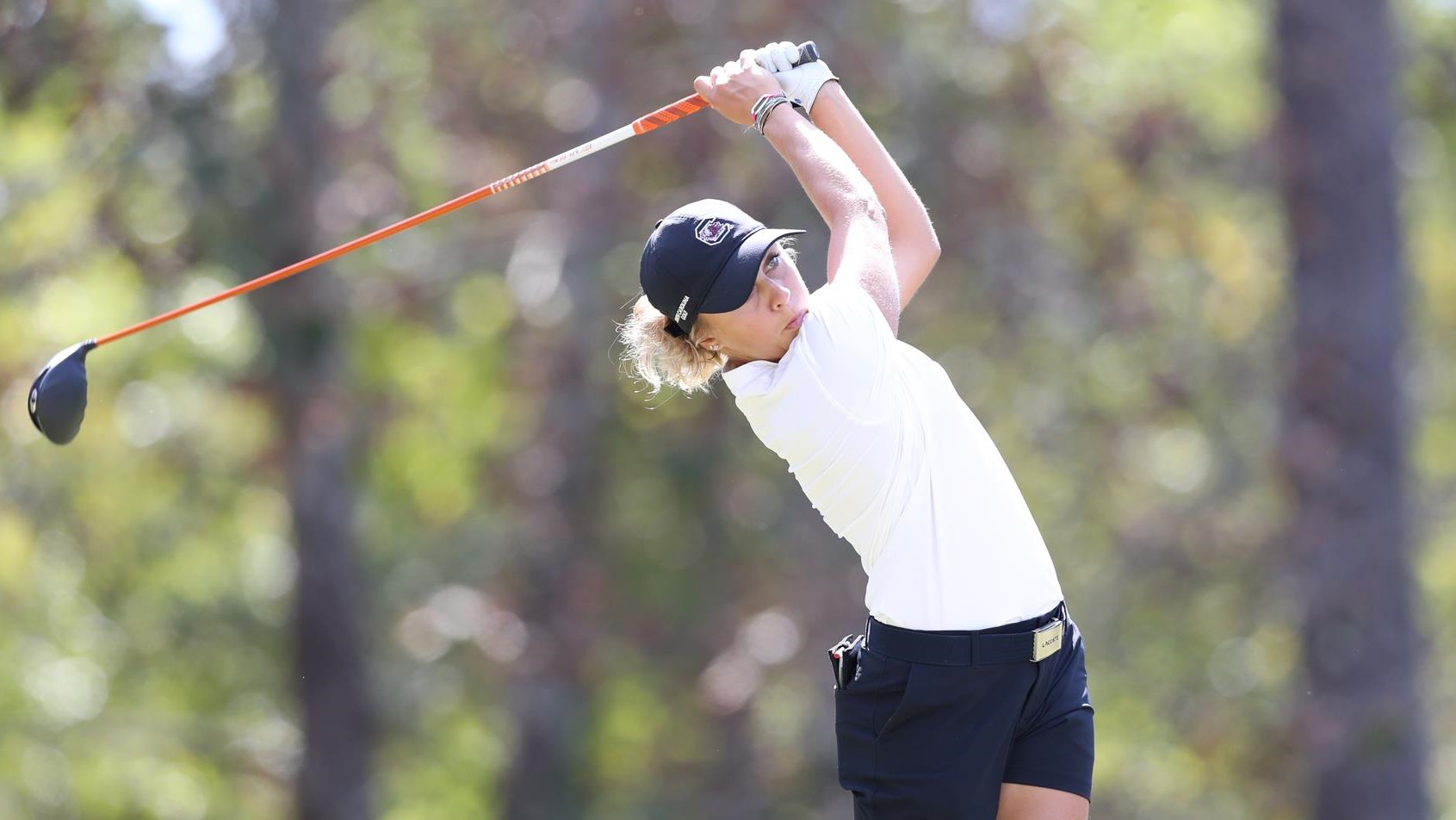 The Frenchwoman spent 34 weeks atop the World Amateur Golf Ranking in 2020, which was a remarkable climb considering that Roussin-Bouchard didn’t qualify for this tournament in 2019. The South Carolina sophomore has won twice this spring to go along with two other career college victories. 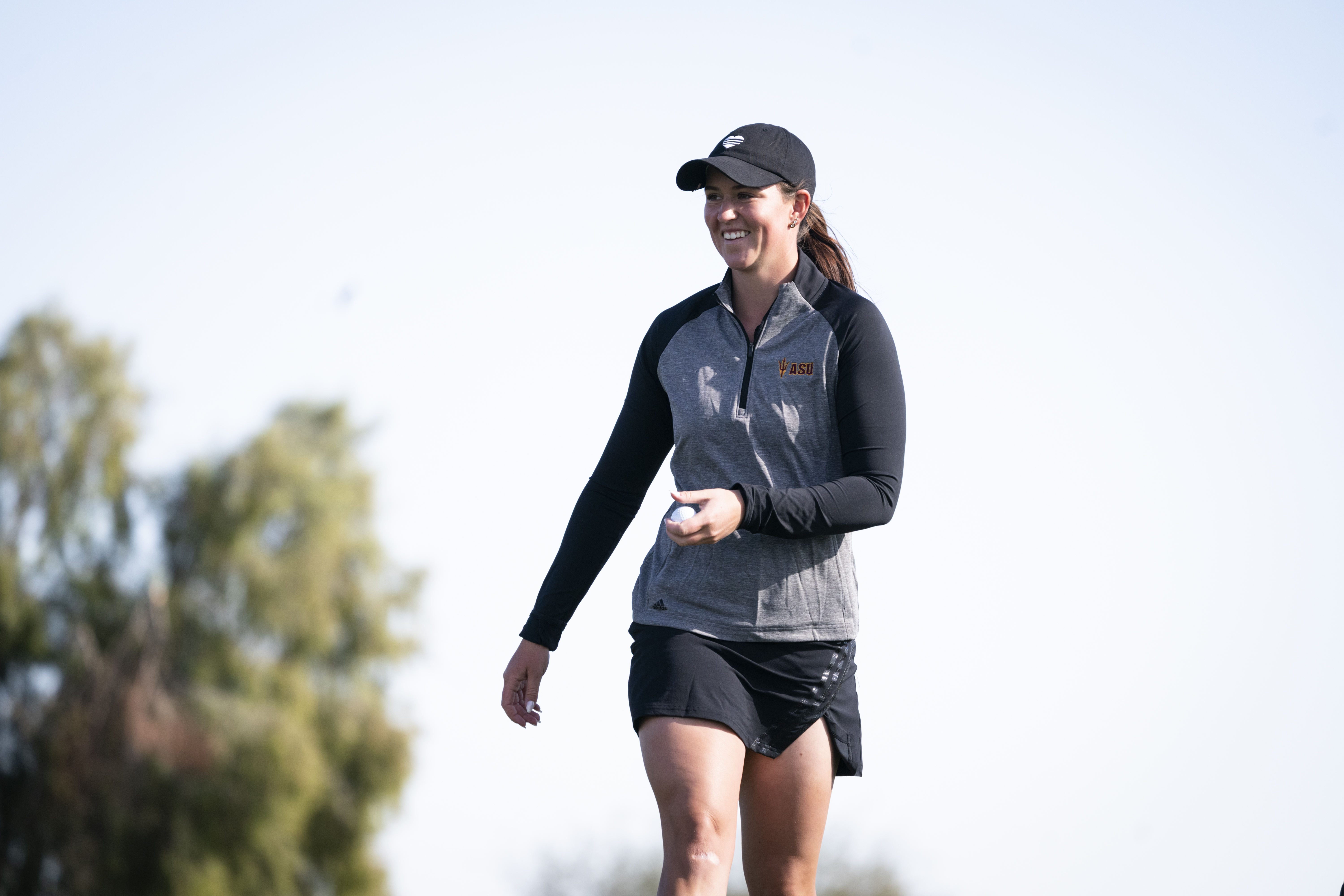 Is anyone on a hotter winning streak than Linn Grant? The Arizona State sophomore has won her last three college tournaments leading into the ANWA. Consider her missed cut there in 2019 a little extra motivation. 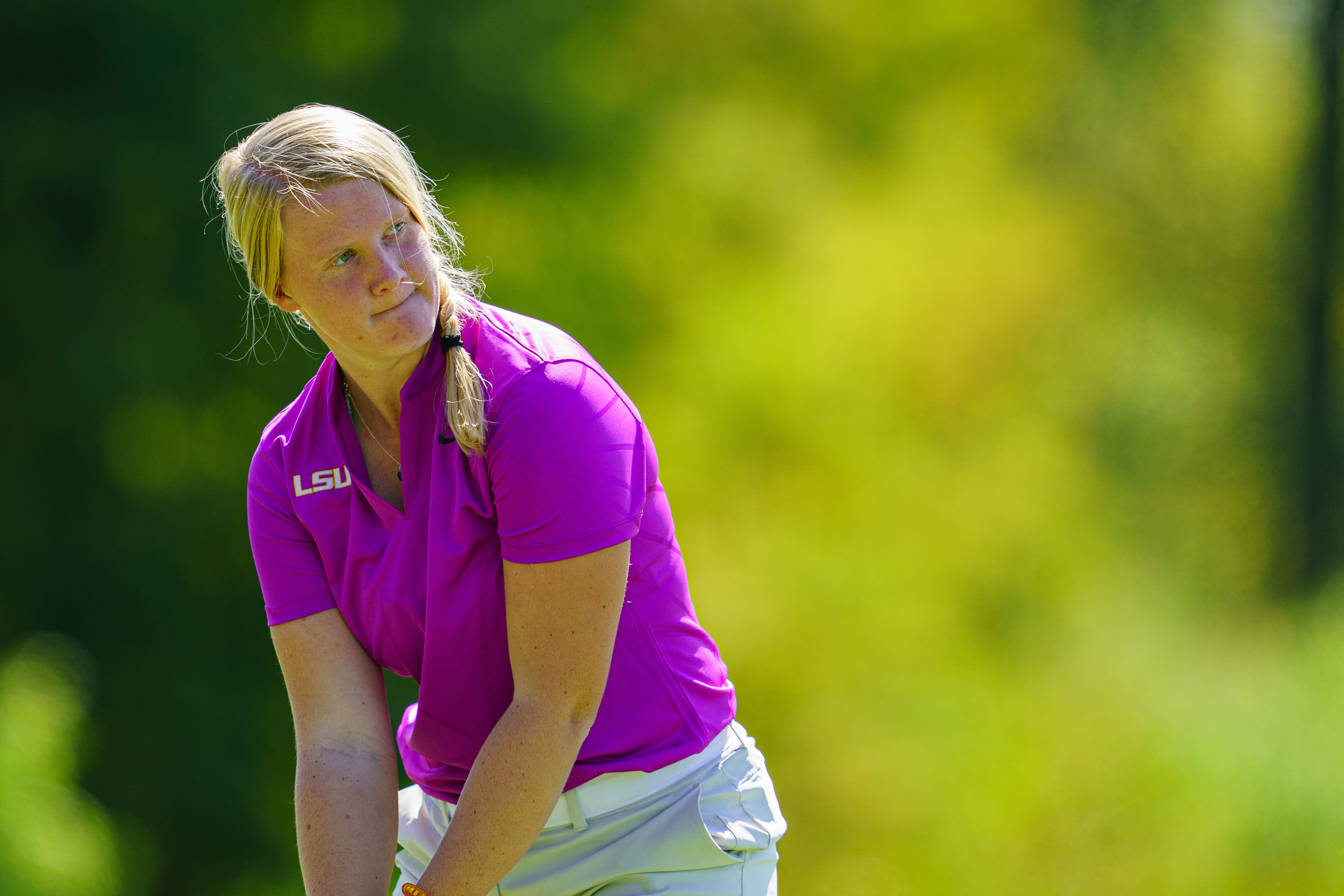 Lindblad’s remarkably consistent results this season are a product of her work ethic. Lindblad has not finished outside the top 10 in seven starts, and most recently won the Liz Murphey Collegiate Classic. LSU head coach Garrett Runion calls Lindblad the Joe Burrow of his team. 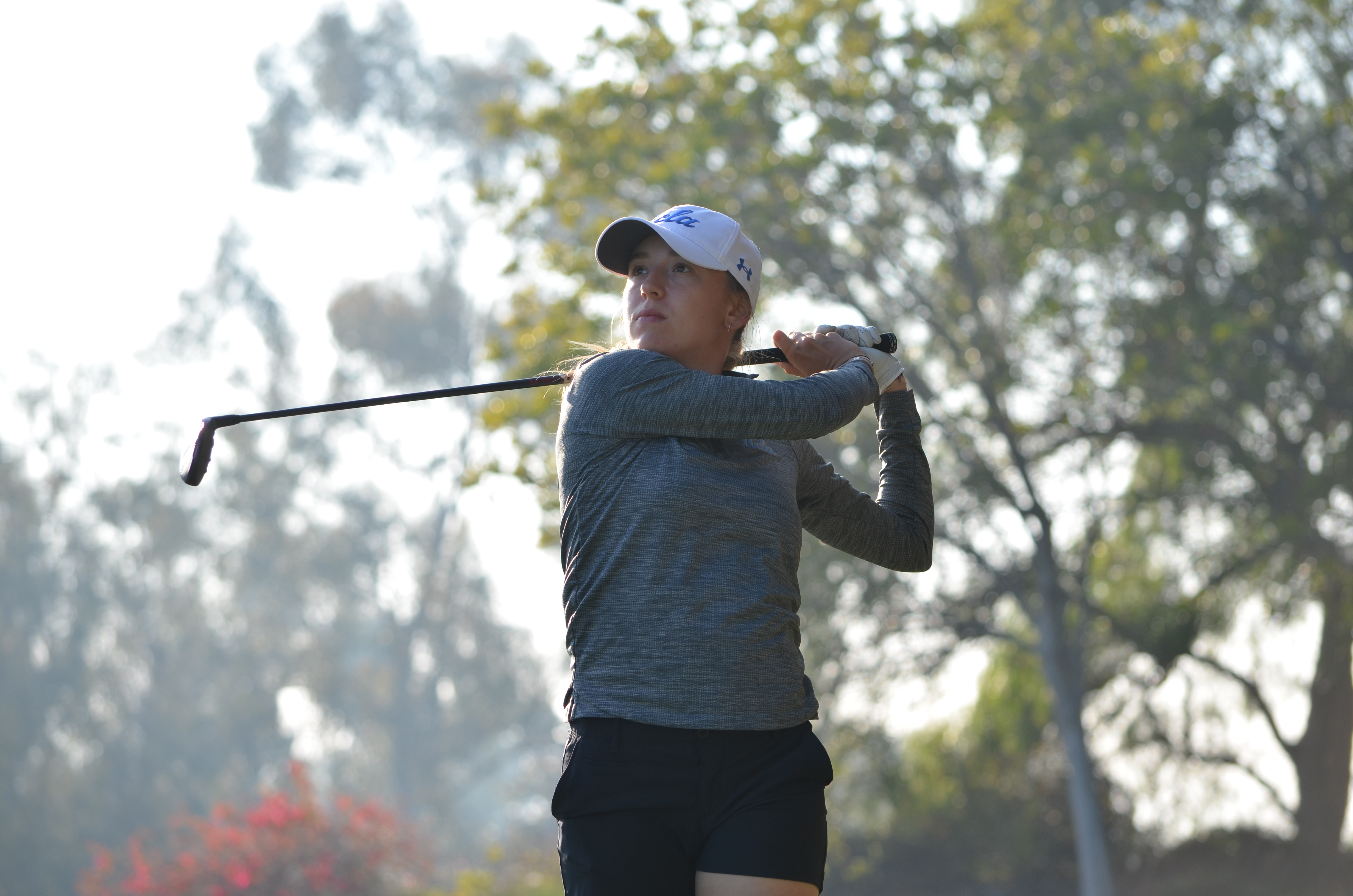 Spitz’s finishes so far in her sophomore spring season: T3, T2, 2, 4. Spitz became the first Austrian to win the British Girls Amateur in 2018 and when she teed it up at the ANWA two years ago, she was among the 30 players to tee it up at Augusta National in the third round. 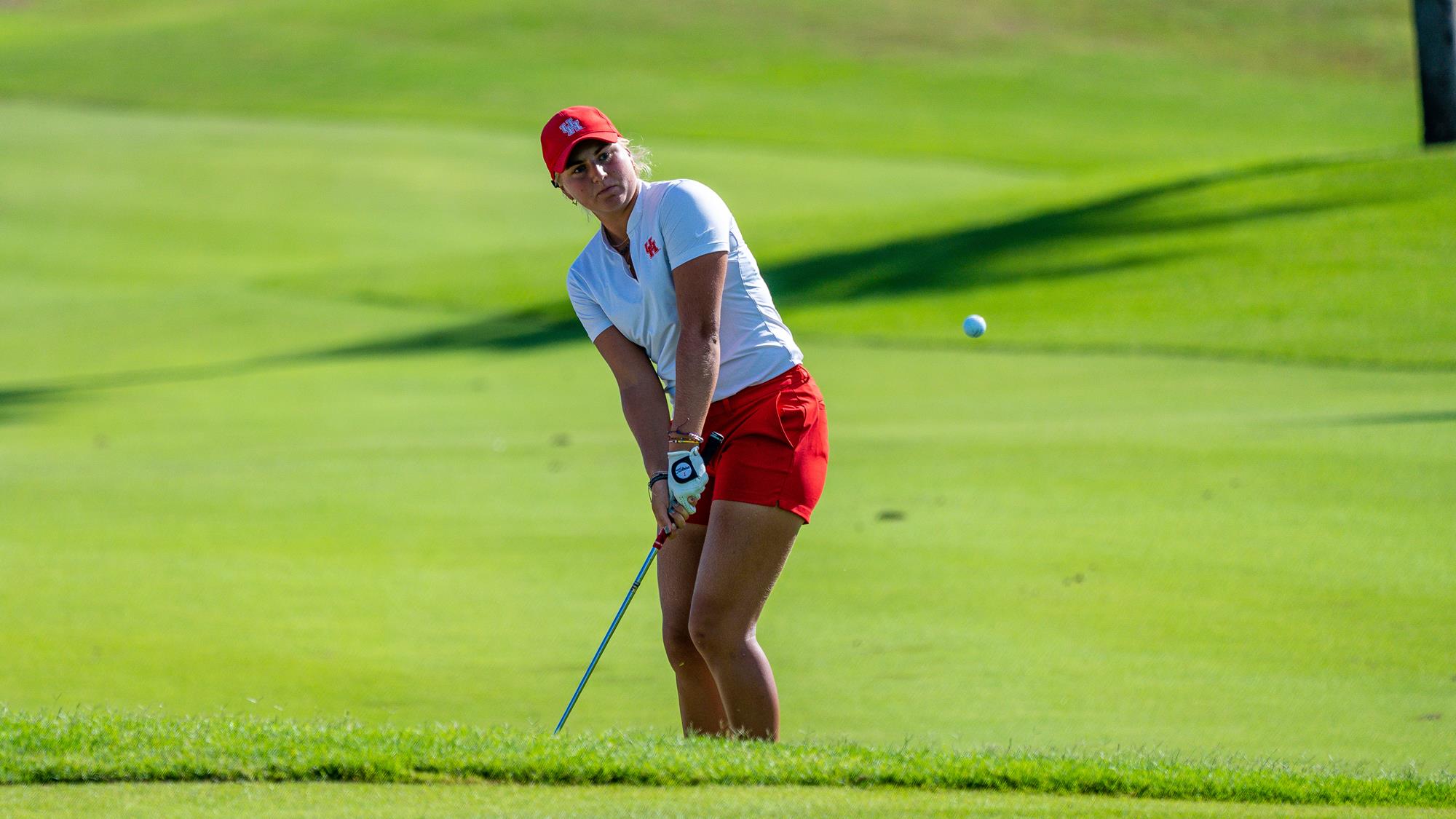 A strong player from Houston, Fredgaard won her first tournament out of the gate in February 2021 at the UCF Challenge. The player from Denmark backed that up a month later by winning Houston’s own ICON Invitational at Golf Club of Houston with an 11-under total. 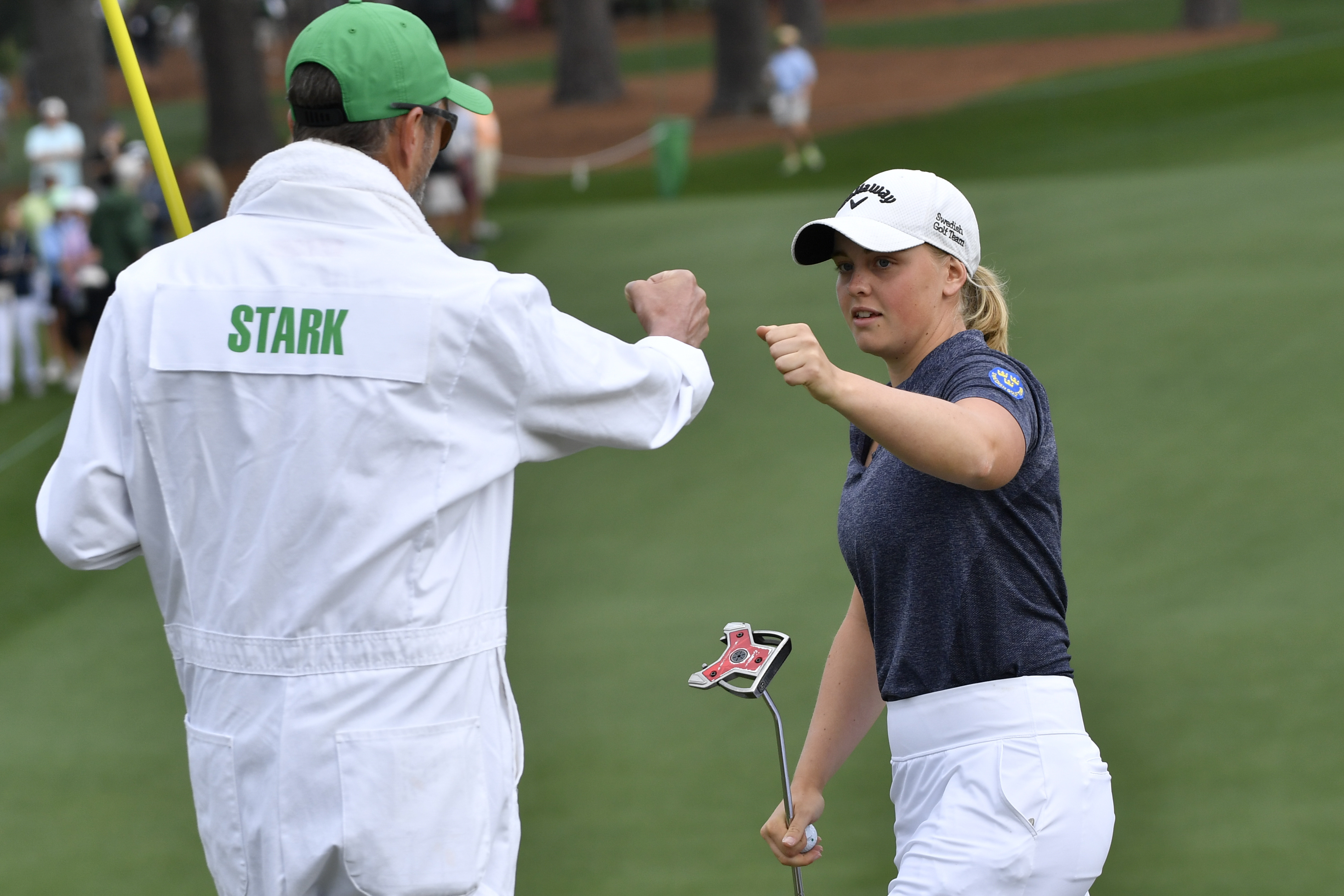 Maja Stark from Sweden fist bumps with her caddie at the second green during the final round of the Augusta National Women’s Amateur. (Michael Madrid-USA TODAY Sports)

Stark scored a big win early in the spring after going 15 under at the Heros Ladies Intercollegiate. That title goes along with two top-10 finishes, including a runner-up at the SMU Trinity Forest Invitational. Heading into the ANWA, Stark won against at the Mountain View Collegiate. She’ll be another player who returns after making the 36-hole cut to compete on Augusta National. 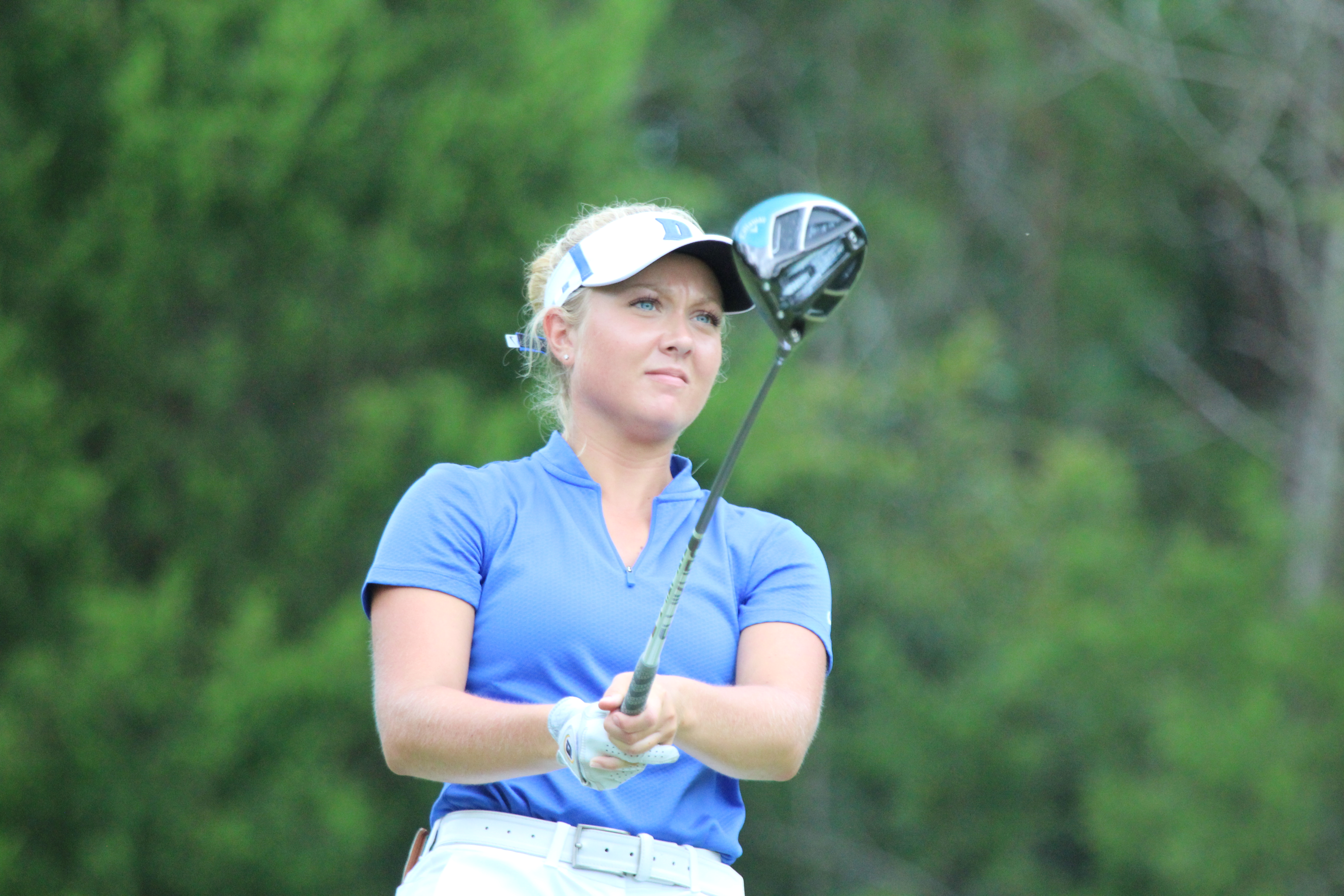 Shepherd, a sophomore, broke through for her first college title in a loaded field at the Gamecock Intercollegiate. The Indiana native is a fierce competitor. She made the 36-hole cut at the 2019 ANWA. 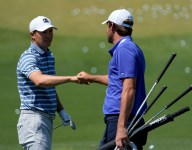 AUGUSTA, Ga. – Seven months ago, at the U.S. Open at punishing Winged Foot in New York, Jordan Spieth was lost. “Standing on a tee (…) 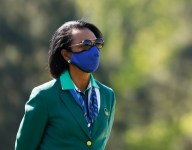 
Condoleezza Rice joins board of directors of the Mickelson Foundation

RANCHO MIRAGE, Calif. – The Coachella Valley’s PGA Tour event has a new personality on the board of its charitable organization: Former (…) 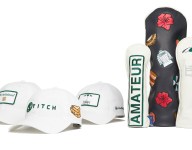 Sure, you don’t swing like the pros, but you can feel a part of the Augusta action with Stitch’s limited-edition Masters-themed headcovers (…) 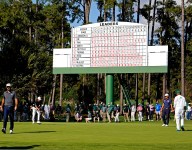 
Masters: What is the most frequent winning score at Augusta National?

This week the weather is forecasted to be warm and sunny in Augusta, Georgia, so the players at the 2021 Masters are anticipating a very (…) 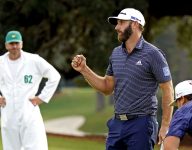 (Editor’s note: This is a bonus addition to Golfweek’s series on the life and career of reigning Masters champion Dustin Johnson. Click (…) 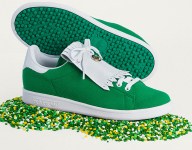 During his tennis career, Stan Smith won the U.S. Open and Wimbledon, was a member of seven winning Davis Cup teams and reached No. 1 in the (…) 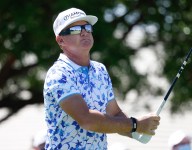 
Brian Gay hoping third time at the Masters is the charm

Brian Gay unfortunately was heading toward a crossroads. In his late 40s, with more than 600 starts on the PGA Tour and his job becoming (…) 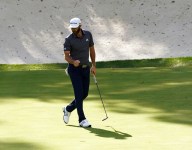 Players light up when talking about Augusta National Golf Club and the Masters. It’s a spiritual setting that warms the heart and the (…) 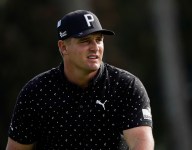 The biggest golf event of the year is here as the PGA Tour returns to Augusta National Golf Club in Augusta, Georgia, for the Masters (…) 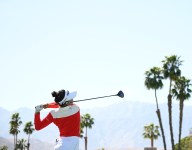 RANCHO MIRAGE, Calif. — If I said a golfer had a total driving distance for the week of 323 yards, you might ask how high that golfer (…)