Women’s best deserve The Olympic Club and so much more


SAN FRANCISCO – This week at the U.S. Women’s Open, players arrived at The Olympic Club to find their Starbucks order hot and ready. For Amy Olson, that’s a decaf latte. She ditched caffeine a couple years ago. That might sound trivial to most, and it is just a coffee, but it’s the kind of small gesture that means a great deal out here.

The U.S. Women’s Open is older than the LPGA. It’s the very foundation from which the women’s game was built. Those who have found the most success at this event are on the Mount Rushmore of women’s golf – Mickey Wright, Babe Zaharias, Annika Sorenstam. It’s the championship that ignited a golf craze in South Korea that spread across Asia.

But for all its luster and strength, the ultimate test in the women’s game, for the most part, hasn’t been staged on historically significant tracks. But that’s starting to change.

This week at storied Olympic Club, outgoing USGA CEO Mike Davis talked about the Women’s Opens that stand out most from his time at the organization – 2010 at Oakmont and the back-to-back Opens in 2014 at Pinehurst No. 2. Those happen to be the only courses that the women’s championship has gone to in the past several decades that are mainstays on the men’s U.S. Open rota. They were won by two of the biggest stars in the past 15 years – Michelle Wie and Paula Creamer.

It’s the same for everyone – players, fans, media. The excitement level of an event starts from the moment the USGA announces a future site and responses range from ­– “Where’s that?” to “Huh?” to “Can’t wait.”

Olympic fell into the latter, of course, and all week players have relished the opportunity to make their own mark on one of golf’s most storied tracks.

“You talk about it being inspiring,” said Kim Kaufman. “For a few years it wasn’t inspiring. This is inspiring.”

Three years ago in a championship meeting, Nick Price told USGA officials that it mattered to players where they won their U.S. Open title. The organization took that message to heart.

Eighteen months ago, the USGA executive team laid out a challenge to grow the Women’s Open. 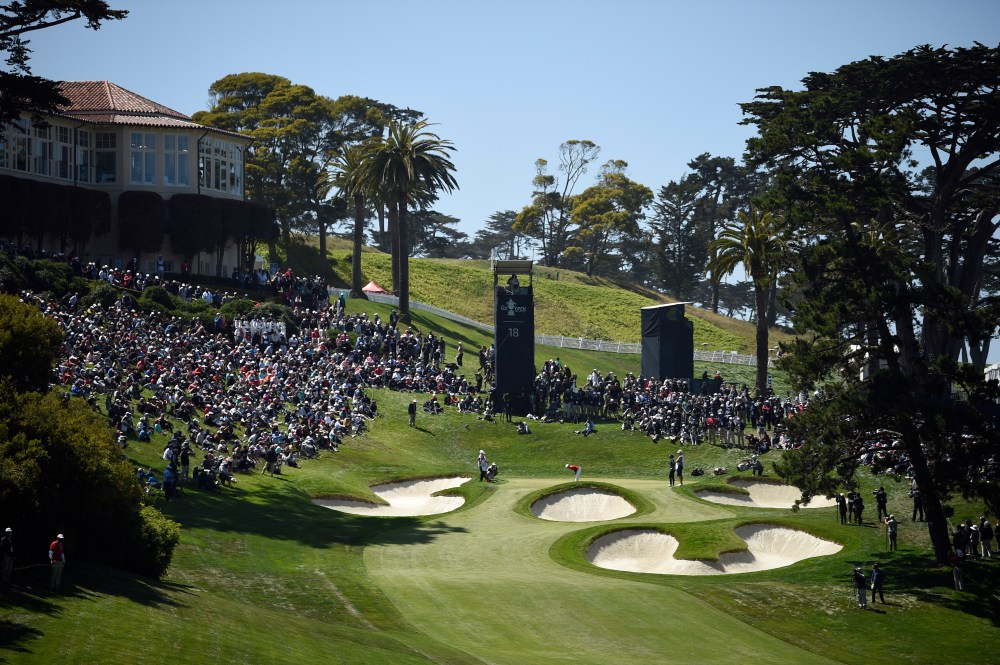 With the PGA of America and the R&A now backing LPGA majors, there’s much-needed competition within the women’s game to elevate. The KPMG Women’s PGA has certainly raised the bar when it came to venues, with Congressional (2022) and Baltusrol (2023) following Atlanta Athletic Club later this month. The AIG Women’s British Open has done the same, adding Royal Troon and Muirfield to the women’s rota for the first time.

Kaufman noted a photo that Golf Channel analyst Brandel Chamblee posted on twitter of Ben Hogan chopping it out of the left rough on the 18th at Olympic in 1955. Everyone wants to follow in the footsteps of the greatest in the game, hit the same shots, feel a deep connection to the past.

There’s already tremendous buzz about Pebble Beach in 2023. It’s a bucket-list event even for pros that might prolong a few careers and will undoubtedly bring newcomers to the game.

There remains hope for Merion, Winged Foot and a return to Pinehurst No. 2.

Everything starts with the venue, but for the women’s game to truly move to the next level it takes good timing, too. Moving away from a tournament like the Memorial is another important piece of the puzzle. There should be a significant push within the industry (that includes the PGA Tour) to align schedules to give the biggest women’s events the best possible chance at success.

That goes for TV too. There were great strides made this week at the Women’s Open with the addition of feature groups and the return of Golf Channel’s Live From. But the fact that the network TV window came and went on Saturday without showing a single shot from the leaders (it switched to Golf Channel), combined with Sunday’s final round missing primetime and forcing Sunday threesomes, is a giant weekend whiff.

Overall, however, the USGA’s push to elevate the most prestigious event in the game is apparent. There’s even a shift beginning to simply call it the U.S. Open, dropping “Women’s” to a smaller font or removing it altogether.

Olson said the USGA has reached out often in recent years to get more of an idea of what players want. From big things like venues and purse to little things like amateurs getting tickets for their parents or a couple of badges to bring guests into player dining add up to feeling special.

There were times in recent years when the smoke blowing off the grill wafted into player dining and players wondered if Tiger Woods had been served hamburgers and hotdogs before he went out to play Pebble. Surely not.

Needless to say, the food options have improved too. Earlier this week players enjoyed a “Taste of San Francisco” at Olympic, with area chefs spoiling them. Kaufman was pumped to win a pair of Bose headsets at the player/caddie par-3 contest at the Cliffs Course.

“You could really feel they made an effort,” she said.

With Mike Whan officially taking over the helm on July 1, there’s confidence that momentum will continue to build around the women’s game. The championship already boasts the highest purse in women’s golf, $5.5 million, but the expectation is that the gap between the men’s and women’s purses will narrow. (Last year’s U.S. Open purse was $12.5 million.) There’s talk of adding a presenting sponsor to the women’s championship.

As Olson said, the purse sends a significant message that women are worth watching. Venues and television schedules do too.

The USGA has been investing in the women’s game right from the start. The organization set the standard back in 1895 – staging the first U.S. Amateur at Newport Country Club the same year the U.S. Women’s Amateur debuted at the Meadow Brooke Club.

“Part of it is they want their championship to be premiere,” said Olson, “but I think they also want to do it because it’s the right thing to do.”

When women rise, everyone wins.